Meet the Women in Identity Volunteer Team. Each volunteer is committed to our vision and mission, supporting functions throughout the organisation.

Meet the Women in Identity Volunteer Team. Each volunteer is committed to our vision and mission, supporting functions throughout the organisation. 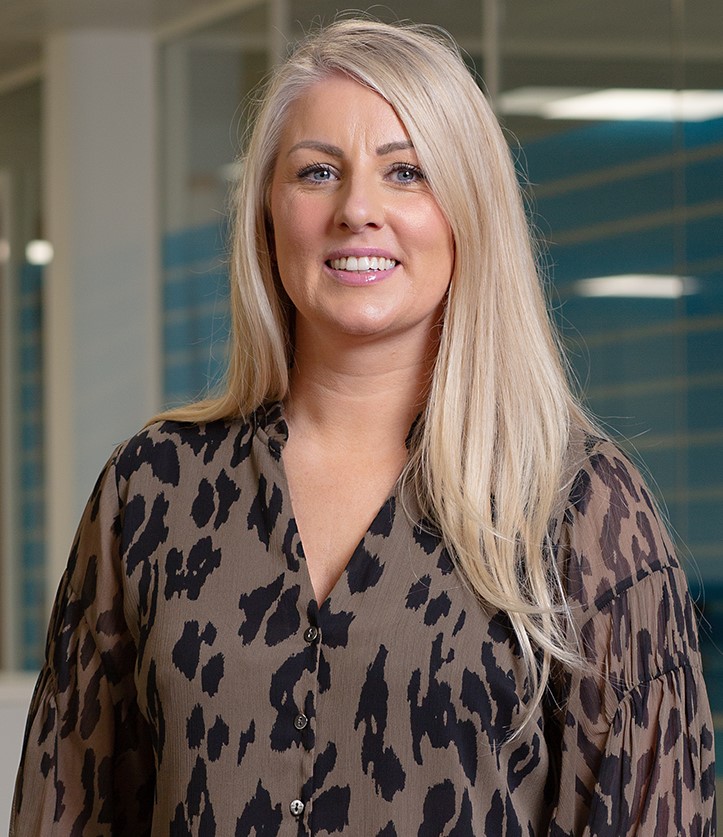 Strategy and Board Liaison
BIO

Laura is Head of Strategy and Customer Insight at GBG. Her role involves developing, communicating, and executing the strategy for the global business, working with the Executive team and Board to agree the strategic priorities and execution plan. Laura also heads up customer experience for the group, driving feedback from clients to deliver the best possible customer journey. With over 12 years of experience in the digital identity industry, her expertise include strategic planning & execution, product management and marketing. 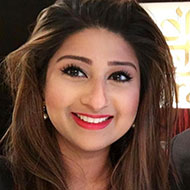 Successful and experienced leader of the Account Management team for over a decade, who over the years has demonstrated the aptitude to identify potential key clients, build relationships, and exceed revenue goals.

Ability to consistently deliver a high level of performance in all roles. Have the skills to understand a client's core business needs and values and take those and lead to profitability. Razia has over a decade of Account Management experience at both fintech and corporate companies.

Razia has spent years developing her skill set in the IDV space working across organisations such as Experian, Jumio, IDnow, and many more. Razia had the pleasure to work with the most well-known gambling/financial services businesses that include the top 9 out of 10 gaming companies in the world.

Razia had the pleasure to travel around the world from Singapore to San Francisco to cover most of Europe. Razia studied Cognitive Science and is also a transformational business coach accredited by both the International Coach Federation and the Association for Coaching. Razia is currently supporting organisations through her coaching skills and sales experience. 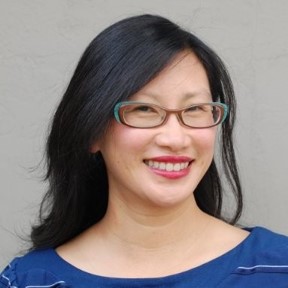 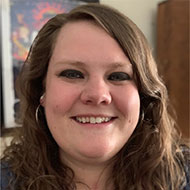 Caitlin is a Desktop Support Engineer at Ping Identity’s headquarters in Denver Colorado. She graduated with a Bachelors Degree in Psychology from the University of Colorado Boulder and found her talent in translating complex technology into understandable terms.

Her ability to empathize and explain situations has made her a great fit to provide internal support at Ping. These traits have also paved the way for her to support  members of Women in Identity.  As a part of the organization Caitlin is focused on assisting the team and being a voice to help others understand the importance of identity being for everyone, by everyone. 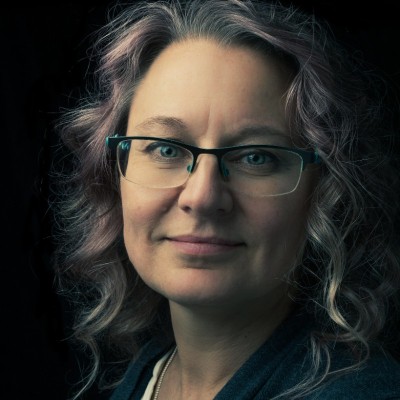 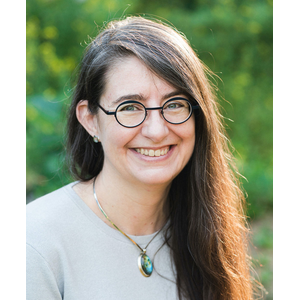 I am an independent consultant and wear a variety of hats in the standards development and identity management spaces. I coordinate various activities in several of groups and projects, including IDPro as their Principal Editor, SeamlessAccess.org as the Program Director, REFEDS as one of the two coordinators, and the Network Startup Resource Center as their technical editor. I have also worked with the Digital ID & Authentication Council of Canada (DIACC), with the Internet Society, and as the RFC Series Editor. 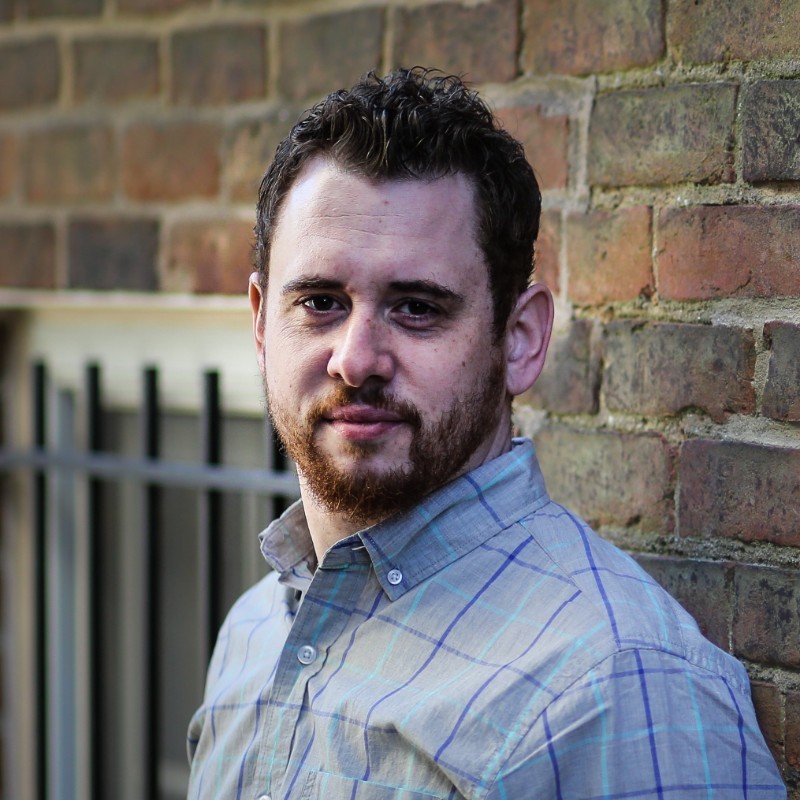 Ricky started his journey into tech in 2015 after transitioning from his previous career, where he worked as a Registered Nurse for almost a decade. As the DevOps Lead at The Migus Group, Ricky focuses his time on helping customers improve their security posture by adopting the DevOps methodology and associated technologies.

Before joining The Migus Group, Ricky founded a web development and social media marketing agency, where he focused on helping local small businesses connect with their customers digitally to build better relationships in a technology-driven economy.

Ricky is a high-achieving, data-driven problem solver who enjoys helping others succeed. He is the President — and a founding member — of Walk AS One, a 501c3 non-profit based in Maine, and he is a practicing martial artist who holds the rank of Nidan (second-degree black belt) in Shaolin Kempo Karate. Ricky is also an author who has published both fiction and non-fiction books.

Ricky currently lives in Alexandria, Virginia, with his wife and two children, where he enjoys playing Chess with his family and tending to his growing Bonsai collection. 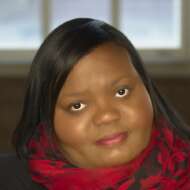 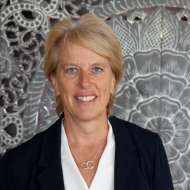 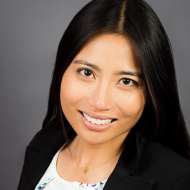 Teresa Wu is Vice President of Product Management for IDEMIA. Previously, Ms. Wu served as Senior Director of Strategic Marketing and Government Relations for MorphoTrak. In the past 17 years, she has actively participated in and led various industry advocacy groups devoted to AFIS technology, facial recognition, and identity and biometric standards. In her current role, Wu is responsible for product management functions for the IDEMIA Identity and Security Business in North America. In 2016, Teresa was recognized for her contribution to the biometric industry and was one of the five recipients of the Women in Biometrics award. Security Industry Association named Teresa as one of the two recipients of the 2017 Statesman Award. She was recognized for her pivotal role in the association advocacy effort, in supporting effective and appropriate use of biometric technology, at the Federal and State levels. 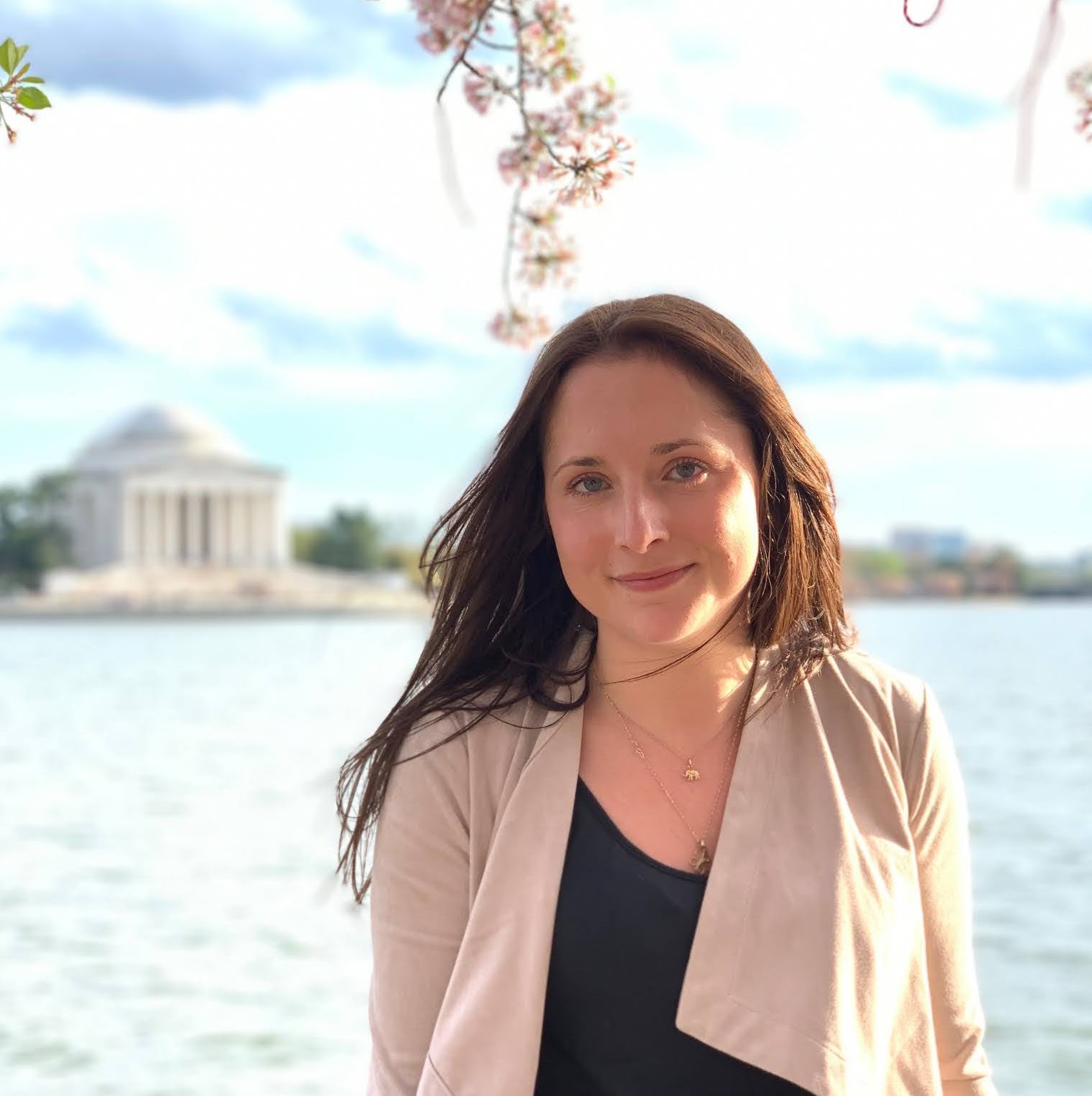 Technically oriented strategy and analytics professional with 10 years of experience in enterprise restructuring, divestiture and M&A, and portfolio optimization. Former Head of Technology Alliances at RSA, current Head of Risk Solutions at SecurityScorecard. 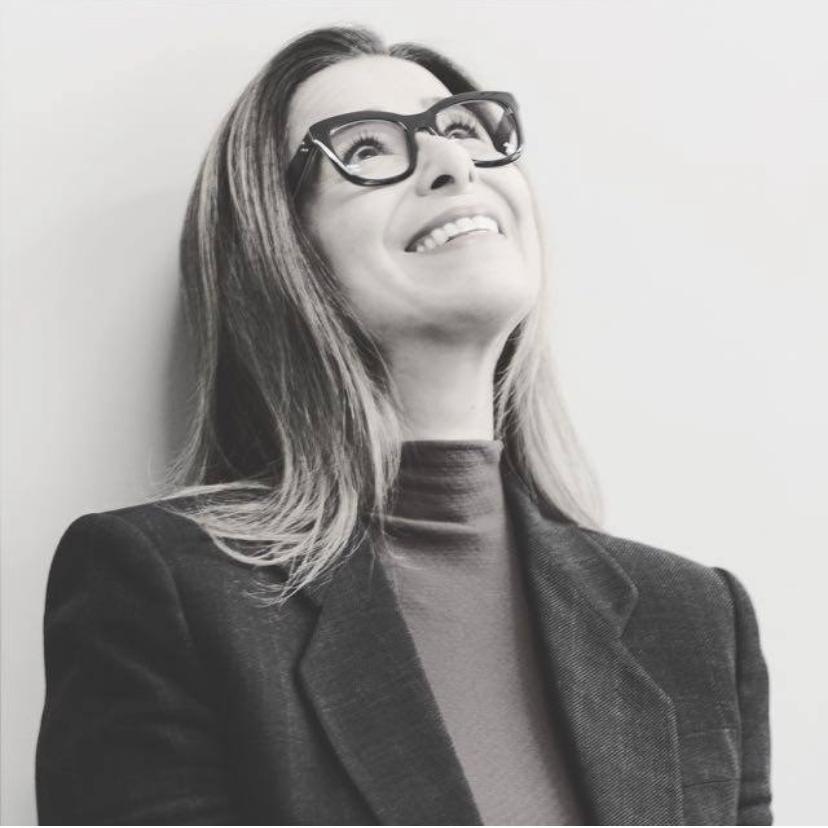 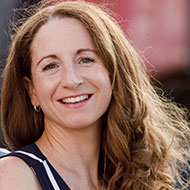 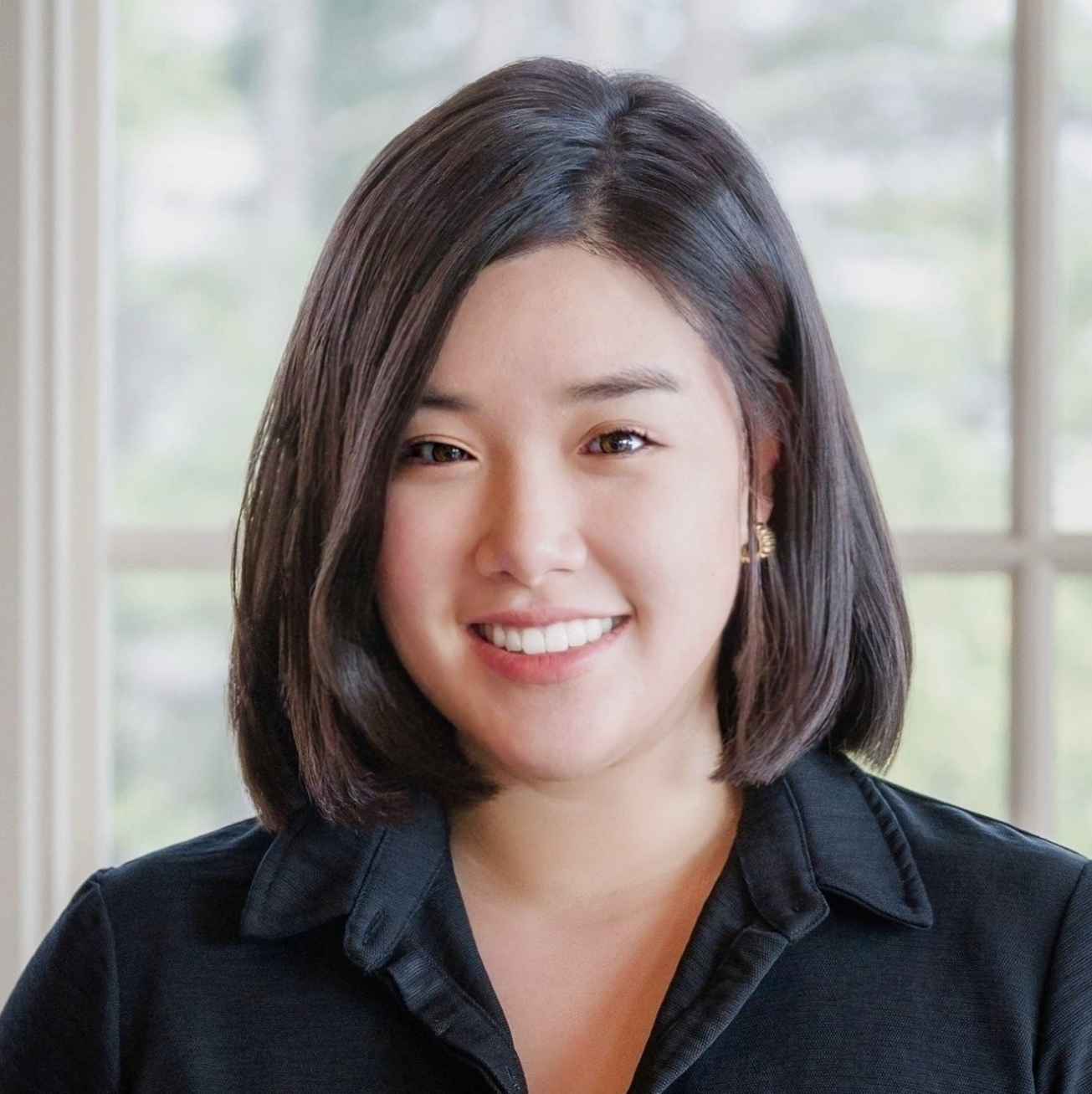 Grace is a manager in KPMG US Cyber Security Services, delivering large-scale digital transformation initiatives. Grace specializes in Identity & Access Management (IAM), and leverages her background to implement next-generation IAM capabilities to advance clients' strategic goals. She invests her time leading the KPMG IAM Community Enablement Team and supporting Women in Cyber. Grace gets excited teaching the next generation of talent about IAM, especially her favorite topic, privileged access management. In addition to diversity and inclusion, she promotes authenticity in the workplace and believes authenticity is the foundation for elite teams and delivering exceptional results.

Before joining KPMG, Grace took an unconventional path to cybersecurity and began her career in international affairs at a federal agency. Grace's introduction to digital identity sparked her passion for cybersecurity and IAM. She later led several IAM programs that managed millions of customer and workforce identities. Given the support and opportunities that led to where she currently is, she dedicates her time to share her journey and open the door for those who may look to pivot their career into cybersecurity. 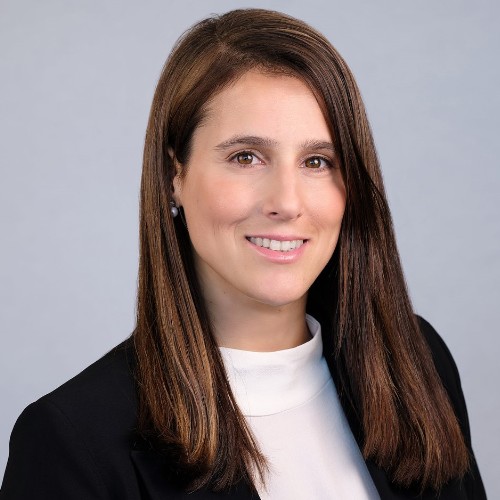 Fiona is currently Director of Strategy at LoginID, focusing on identity and authentication in the payments ecosystem.  She has over 6 years in the payments and fintech industry. She also has experience with Startups in the Health and Ed Tech industries.
She holds a BEng Industrial Engineering from ITBA and an MBA from MIT Sloan School of Management. 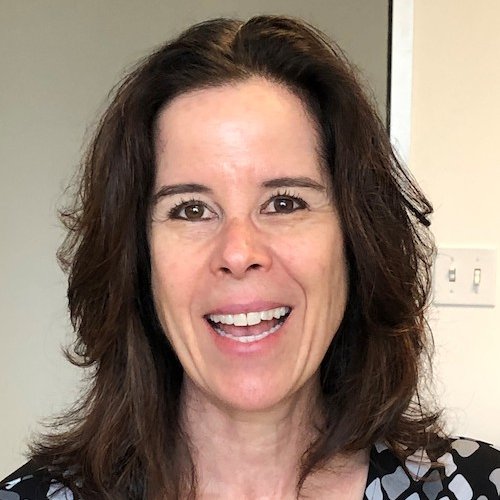 Lorrayne Auld is a Principal Cybersecurity Engineer at the MITRE Corporation with over 30 years of experience solving difficult cybersecurity and digital identity problems in the public interest. Lorrayne is highly regarded across government and industry for her deep and unbiased expertise in digital identity, from strategy and policy through specific technology implementations. Lorrayne has recently produced authoritative technical guidance for in-person and remote proofing implementation to defeat advanced fraud techniques and continues to work on evolving this critical policy and technology area.

In addition to Women in Identity, Lorrayne is also a member of the Kantara Initiative, IDPro, and the FIDO Alliance. 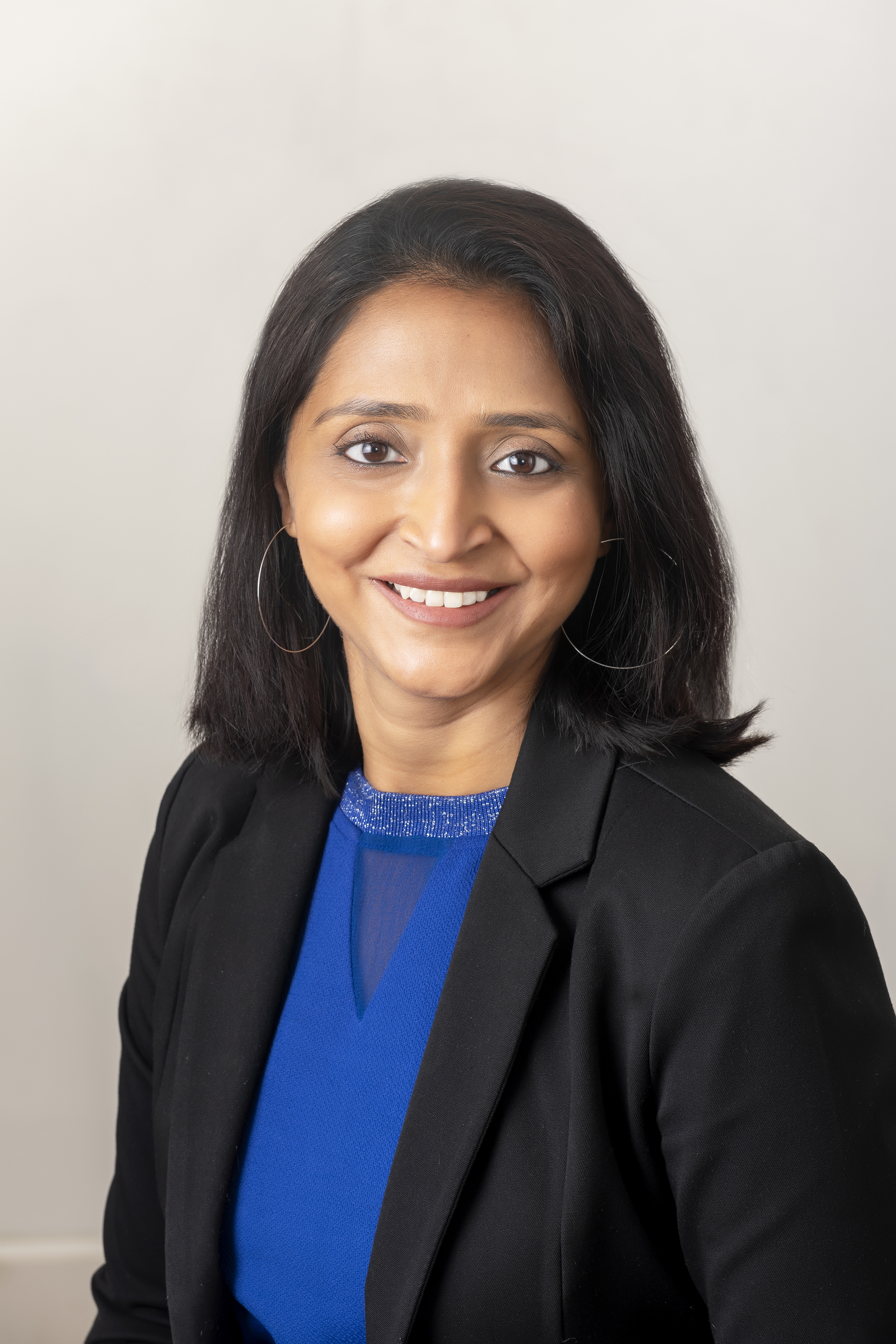 Batool Aliakbar is Vice President at Simeio, a leader provider of IAM Services and Solutions.

In her current capacity, Batool leads the East Region focussed on growth and Client success. She has built numerous IAM program focussed on reducing security risk, and driving business efficiencies. Her focus areas include identity administration and governance, access management and privileged access management. She constantly collaborates with CISOs and Heads of IAM on roadmap, IAM strategy, and program governance required to run and sustain multi-year projects. With her decade long experience, she strives to build competent, motivated and happy teams to solve complex IAM problems. 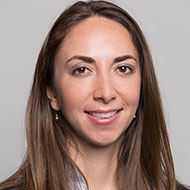 Portfolio management specialist with an enterprise view and a global mindset. Successful at various aspects of the payments industry with a specialty in Risk, Operations and Solutions. Strong leader with the ability to innovate in order to successfully address enterprise concerns that maximize revenue, minimize cost and provide a competitive advantage. 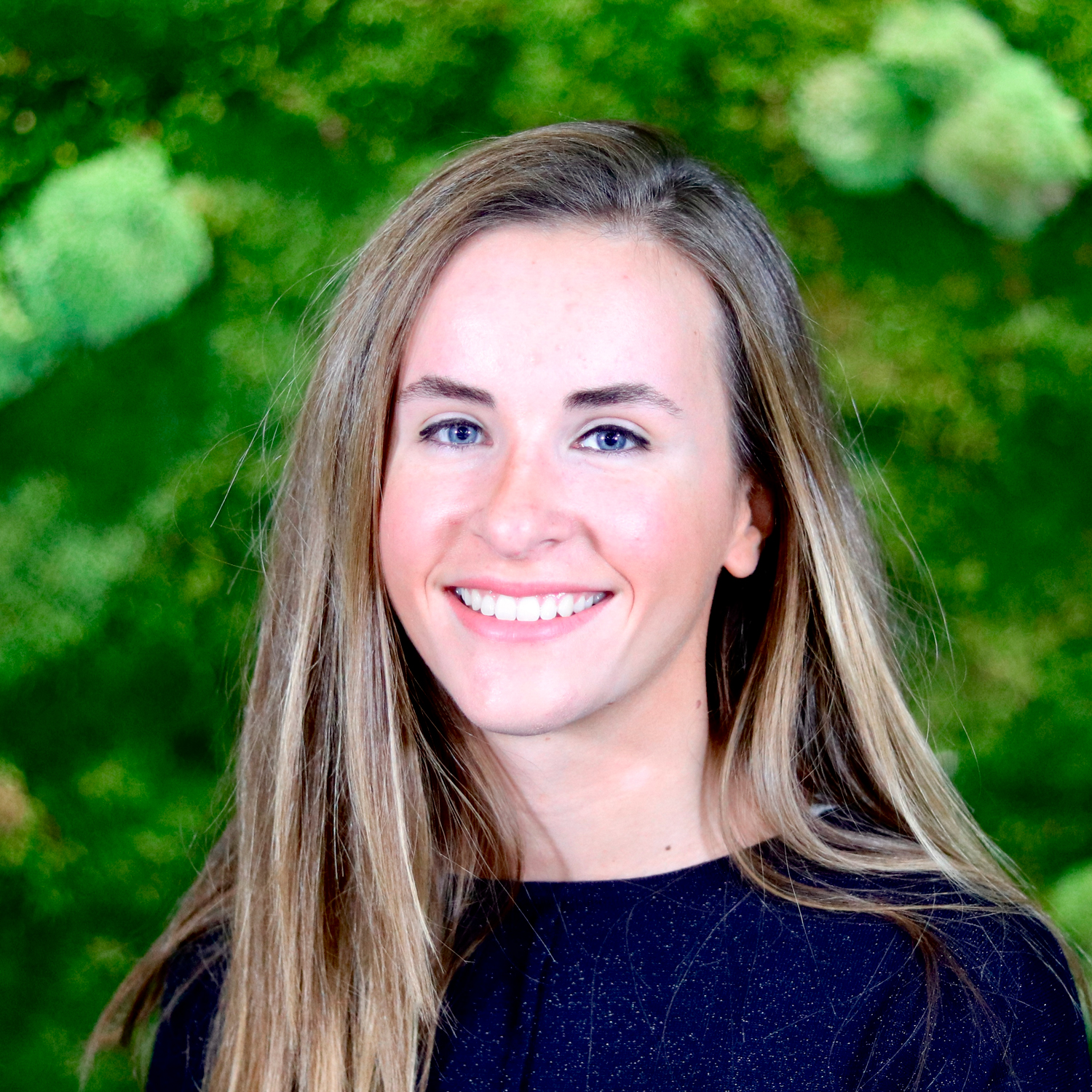 I am passionate about understanding complex things and communicating them clearly and transparently to reach a bigger audience.

My studies in International Relations have taught me to appreciate the differences between cultures and people in this world while identifying everything that brings us closer. Communication is the strongest bond we have as humans.

I started my professional career in the field of Artificial Intelligence because I believe it will be the driving force for humanity in the years to come. It is vital to guide this movement with moral and ethical values. I try to do my bit.

WiD ambassador for Canada  Director, Identity and Access Management  EQ Bank  Nicole leads a team of IAM professionals and analysts at EQ Bank and is responsible for building out the IAM practice at Canada’s challenger bank. Her accountabilities include strategic planning, project execution, defining security standards and guidelines, and day-to day management and operations of IAM capabilities for the enterprise to further optimize the IAM tools and processes. Nicole has over 12 years experience in the industry, working as a consultant on previous engagements and has helped with various Identity program implementations across other banks in Canada. She is committed to being a pillar for change within the industry around diversity and inclusion.