The Privilege of Context 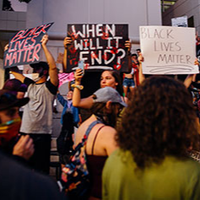 Listening to the recent Women in Identity webinar on Diversity by Design, Savita and Emrys from Caribou Digital posed the question: “How would you prove your identity to me?”.

The responses were (thankfully) consistent and aligned to their thinking: namely that “it all depends on the situation”. Identity is highly context-driven. It made me start to think about the issue more broadly. Not only is the way we prove our identity contextual; a lot of ‘who we are’ and how we behave is entirely driven by the situation we find ourselves in.

For instance: how you behave is, in part, a manifestation of who you are. And it will change depending on the situation, the environment, in which you find yourself. And it’s your prerogative, your fundamental right as a human being, to change your behaviour to suit your given situation.

But what if I told you that the context or the situation is irrelevant? I already know who you are. And anything you say or do will either reinforce my pre-conceptions or be simply disregarded as irrelevant.

Like everyone else, I’ve been thinking a lot recently about George Floyd, the #BlackLivesMatter movement and what black identity means.

As a black person who has lived almost all of her life in the UK, I don’t have the same lived and learned experiences as a black person in the US (or anywhere else in the world for that matter).

What is common though is that, unfortunately, being a black person overrides most situational context. The incident that occurred between Amy Cooper and Christian Cooper in New York’s Central Park is a perfect example of this.

The cruel and calculated way that Amy Cooper weaponised her skin colour, and her understanding of the relationship between the police and African American men, showed she had a very clear understanding that a black man in such a situation would not be afforded the privilege of context.

Speaking from my own personal experience, I can’t begin to count the number of times I’ve been followed around shops by security guards. Or been the only person to be stopped when an alarm goes off in a supermarket – even though I walked out at the same time as at least six other people.

The worst incident occurred when a group of people tried to physically ‘apprehend’ me whilst I was out for a run – simply because a police car was also passing down the road.

Yes, I know that we all make assumptions.

We all use heuristics to help us navigate the complex and complicated world that we live in. But these shortcuts become defaults. And these defaults ultimately form the basis of racism.

They make us biased – whether for or against certain things.

Whether for or against certain people.

At their mildest, these biases result in comments like: “You don’t sound black; you’re too well spoken.” Or, at their most severe, they result in kneeling on the neck of another human being for 8mins 46secs, ignoring his pleas for life.

All people deserve the right to situational context. To be exactly who they are in whichever way they determine is appropriate to the moment.

All people deserve to start with a blank sheet of paper, free from harmful assumptions and biases.

Black people are no different. 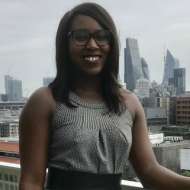 Louise is an Innovation Lead in the Global Data Exchange team at Experian, working to build new data driven products for both consumers and businesses globally. She has previously worked in highly analytical roles across both public and private sector. Louise is also currently the research lead for, and executive committee of the non-profit organisation, Women in Identity.

She co-founded the Corporate Innovation Forum in 2017, and is passionate about utilising data and technology to drive fairer outcomes for consumers, as well as helping businesses make better and more informed decisions.

Louise is also an advocate for the promotion of STEM education and careers to young people, and volunteers with a number of charities focused on increasing participation of under-represented groups in STEM subjects and professions. Her background is in chemistry, and she completed her PhD in materials science at the University of Manchester in 2013.